Dude looks like a lady—and he is! As the saying goes “sex sells” and cigarette companies world-wide have been using sex and women in advertisements around the world since the 188os. But back in the China of the 1920s, it wasn’t considered appropriate to have women appear in ads, so middle-aged men dressed in imperial-style drag served as stand-ins. By the 1930s real women began appearing in ads often with western style hair-dos, like this Manchurian Cigarette Company poster, signaling the transition between imperial and republican China.

The Manchurian Cigarette Company and the cigarette industry in Manchuria also has a fascinating history.  From 1932-1935, the territory historically known as Manchuria, which covers northeast China and inner-Mongolia, was a Japanese puppet state, “ruled” by the deposed Qing emperor Puyi (also known as the last emperor of China). The Manchurian Tobacco Company was most likely a Japanese controlled-enterprise established during this period when cigarettes were a booming industry in Manchuria. Credit for introducing the machine-made cigarette in China is given to The British Tobacco Company (BAT) which began selling cigarettes in China in the early 1900s. BAT soon established factories through Chinese subsidiaries in Manchuria and at its peak in 1937  sold  55 billion cigarettes in China. Few Chinese companies were able to compete with BAT and almost all went out of business in the 1920s;  BAT’s only competitors were Japanese companies.  Eventually BAT’s assets were seized in 1941 by the Japanese following their 1937 invasion. BAT was kicked out of China in 1953 when the Republic of China was established.

Talk about a conversation starter on your wall! Check out some interiors that inspire us with their China 1930s style! 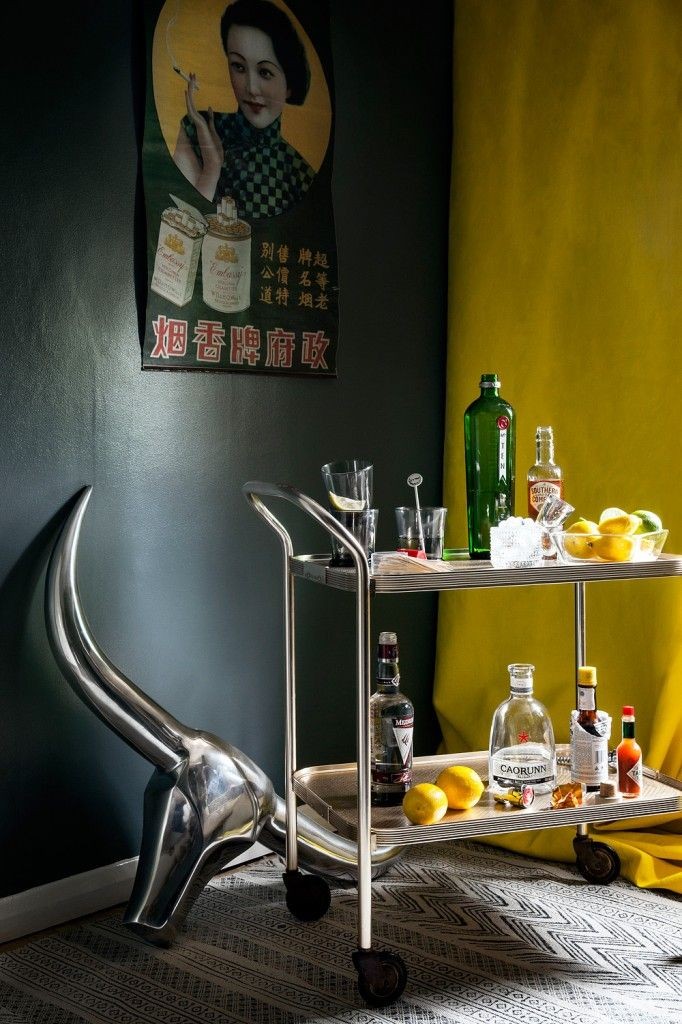 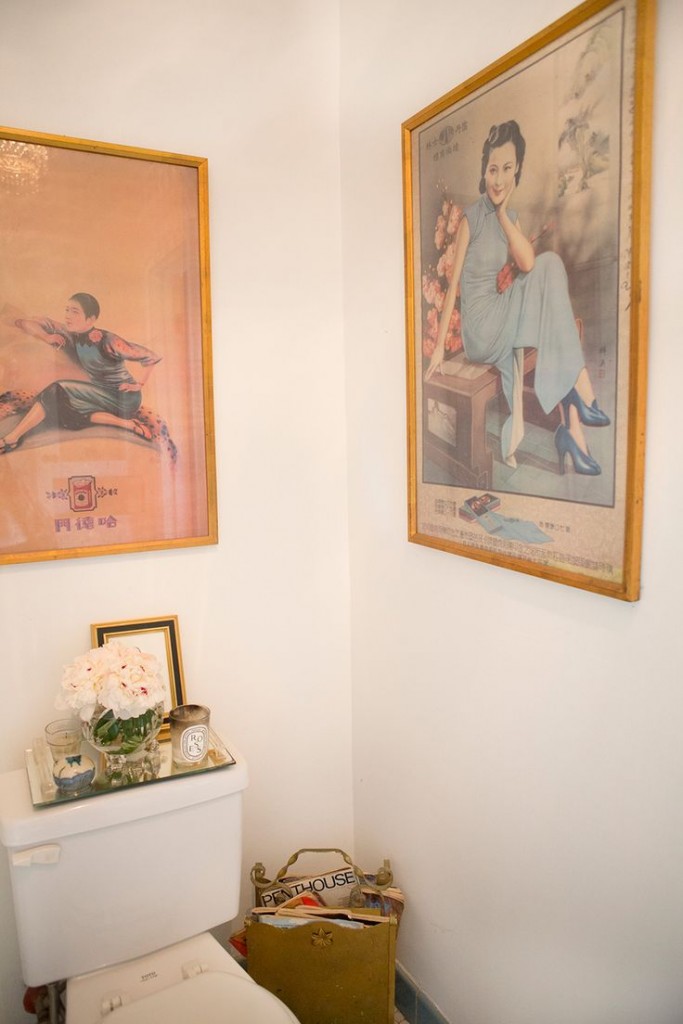 Where else to display vintage posters but in the bathroom! We love everything about Vanessa Dingwell’s bohemian Californian pad. Check it out on Apartment Therapy. 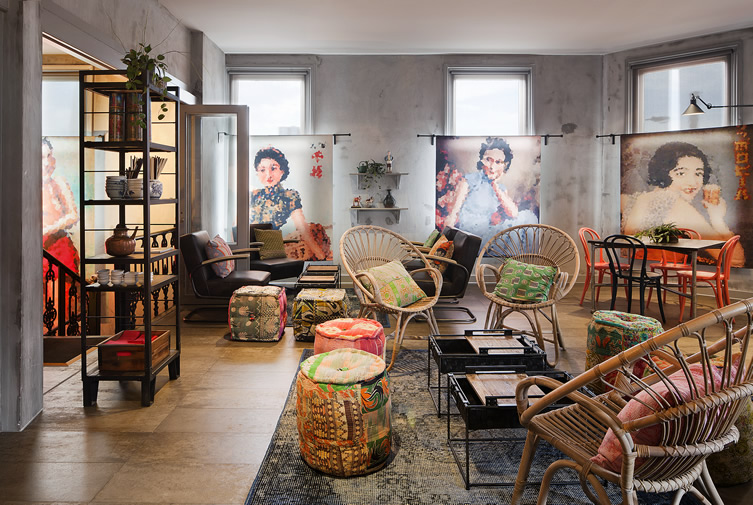 We love the 1930s Chinese poster-inspired art in Zhou Zhou, a bar in Melbourne, Australia that serves brews from all over the world including hard-to-find Japanese stout. Read more at We Heart.

Project Bly lets you explore and shop street markets around the world. At Bly, we believe in one-of-a-kind and we are committed to the idea that there is something special in the hand-to-hand transaction. We believe in stories, in history and the way an object can come to encapsulate something much bigger than itself. We believe that a city is a living, breathing organism, and to get to know it you have to wander its streets, the veins that fork and converge and inevitably lead you to its heart—the marketplace.

““Do we really want to travel in hermetically sealed popemobiles through the rural provinces of France, Mexico and the Far East, eating only in…