Well yes, actually, we do need to say more about Fearless Nadia, one of—if not the—most badass stuntwomen in Bollywood history. Born Mary Evans in Perth, Australia, she moved to India in 1913 at the age of 5, and learned how to ride a horse on the North-West Frontier Province (modern-day Pakistan). She would go on to study ballet, and later toured with the Zarko Circus. When a fortune-teller told her that a robust career was in store for her on the condition she change her name to something that began with an “N,” Evans promptly baptized herself “Nadia.”

First cast in a film by the prominent filmmaker and founder of Wadia Movietone, J.B.H Wadia, Nadia received rave reviews and with her multitude of skills soon became Movietone’s leading stuntwoman, reaching the height of her fame in 1935 with the iconic film Hunterwali, or “Lady of the Whip,” a roll that turned her into a somewhat curious populist symbol in pre-independence India—the white, blond-haired, blue-eyed woman rallying the Indian people against British imperialism. She would go on to star in many a J.B.H. production, including Diamond Queen, where she was joined by several notable actors, a “stunt car” named “Rolls-Royce ki Beti” (“Daughter of Rolls Royce”) and a dog named “Gunboat.” A woman of many love affairs, Nadia ended up marrying J.B.H.’s brother, Homi Wadia, in 1961. She died in Mumbai in 1996. 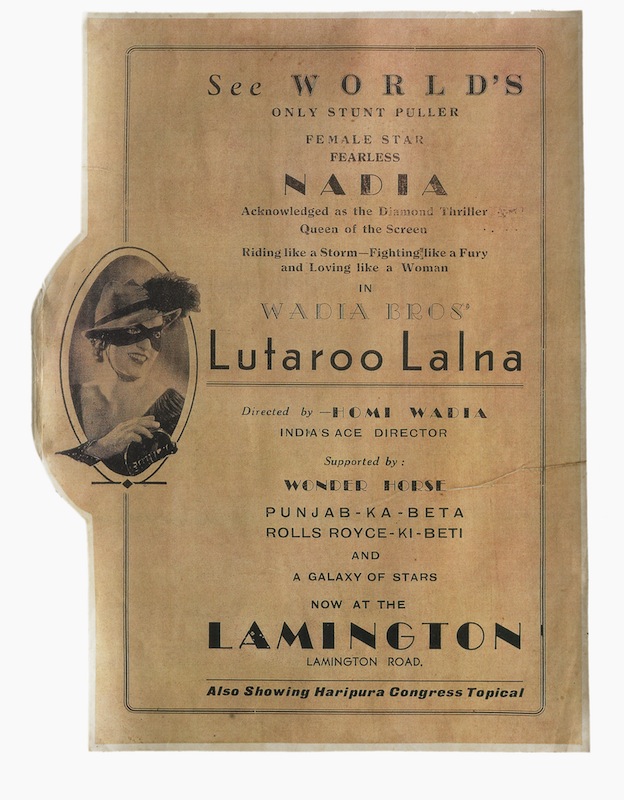 Project Bly lets you explore and shop street markets around the world. At Bly, we believe in one-of-a-kind and we are committed to the idea that there is something special in the hand-to-hand transaction. We believe in stories, in history and the way an object can come to encapsulate something much bigger than itself. We believe that a city is a living, breathing organism, and to get to know it you have to wander its streets, the veins that fork and converge and inevitably lead you to its heart—the marketplace.

In 1936, Pedro Linares, an artist who specialized in papier-mâché piñatas, masks, and Judas figurines, fell gravely ill. As his fever soared, he began…