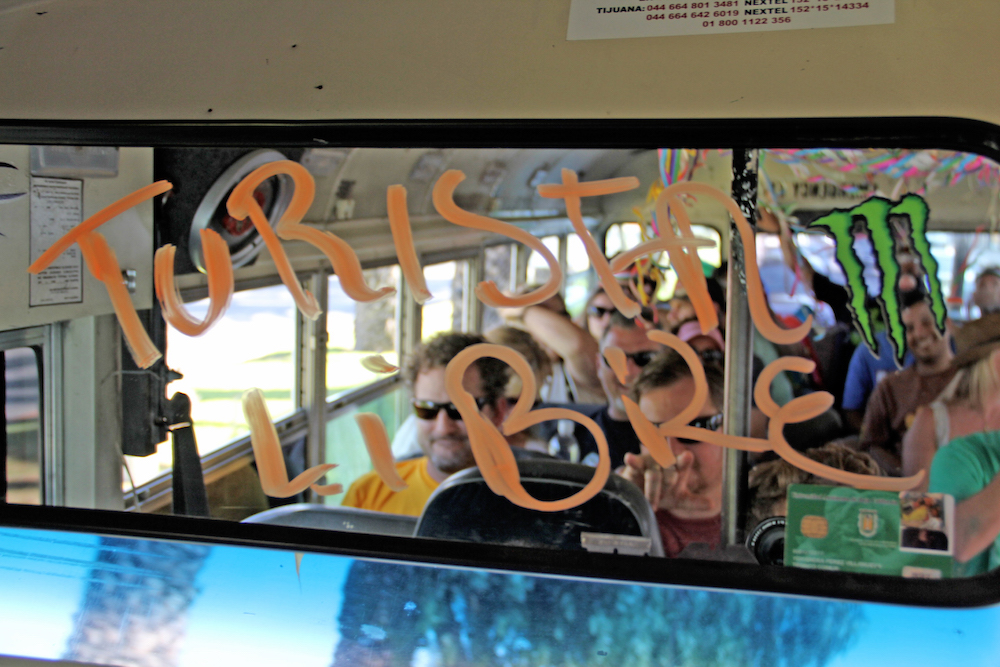 When did you first visit Tijuana, and what do you remember about your initial impressions?
My first visit was in 2006, when I had just moved to San Diego from Ohio, and it was a raid on all my senses, a complete overload of colors, textures, sounds, smells. The ultimate petri dish of urban existence that in many ways is the exact opposite of all that lies on the north side of the border, and it all begins as soon as you walk over what’s literally a line in the pavement. I was immediately mesmerized, because of the contrast but also because of its realness.

For whatever reason, Tijuana is unable to hide very little of herself, for better or for worse, no matter how hard she tries.

How did you come to live there?
I moved to San Diego after finishing journalism school at The Ohio State University, and Tijuana was on the top of my list after arriving. The fact that not just Mexico but all of Latin America’s front door was literally 10 minutes from my front door fascinated me. At first no one would go with me, so I started going alone with my camera, just to walk around and take photos, but eventually I met other American journalists who were crossing often for cultural events. Soon enough I had my own group of friends in Tijuana, I began dating a Tijuanense, and I found myself spending the majority of the week at his place rather than mine in San Diego. When my lease in San Diego was up in 2007, I officially packed up and moved. 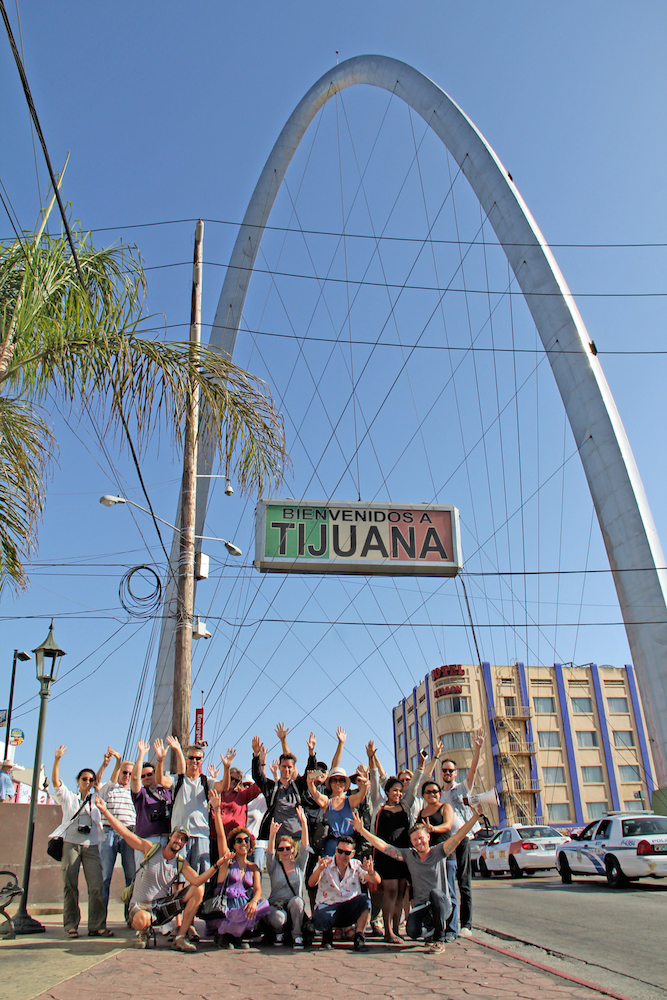 Derrik’s career as a tour concierge began with the monumental task of enticing his midwestern family to visit him in Tijuana. It wasn’t, he laughs, a place that they’d necessarily choose to visit on their own. But in the past two years, he’s seen their perspective change from leery to enthusiastic.
“My dad’s been twice in the past two years,” he says, “and of all that we’ve done together — lucha libre, his first pro Mexican baseball game, bull fights, a rickety but rad water park that would never fly north of the border for safety reasons (but that’s why it’s so fun in the first place) — his favorite was Valle de Guadalupe wine country…even though he knows absolutely nothing about wine and seems pretty happy keeping it that way.

I think he enjoyed it so because he felt such peace and so far away from the rest of the world. Or better said, the rest of his world.

Urban legends abound regarding travel in Mexico. Derrik’s personal favorite goes something like: “My sister’s boyfriend’s aunt’s ex-husband’s Marine buddy’s daughter went to Tijuana, got drugged at some club and woke up in a hotel bathtub full of ice without one of her kidneys.”
These threatening cliches prevail because of ignorance and the tendency to personalize scary stories heard via anecdote or nightly news. Derrik relishes the opportunity to remake people’s perceptions of Tijuana by offering them a personalized, firsthand experience of the city’s overlooked and underrated charms.

How did you start Turista Libre?

Turista Libre actually started in 2009 on the heels of the most violent year in Tijuana’s history, not as a business but as an excuse to entice leery friends in San Diego to see beyond their fears. I’d been living in Tijuana for two years — completely unharmed despite the horror stories everyone in the outside world was reading in the media. So it’s no surprise that rarely would anyone come from San Diego, even if it was just for dinner and a movie.

I started organizing themed monthly day trips around the city just for friends, and they enjoyed it so much that they started bring their friends and those people started bring their friends, and so on. Eventually, people I’d never met before were showing up. In 2010 I was laid off from my job at the San Diego Union-Tribune, so it was perfect timing to start treating it like an actual business. 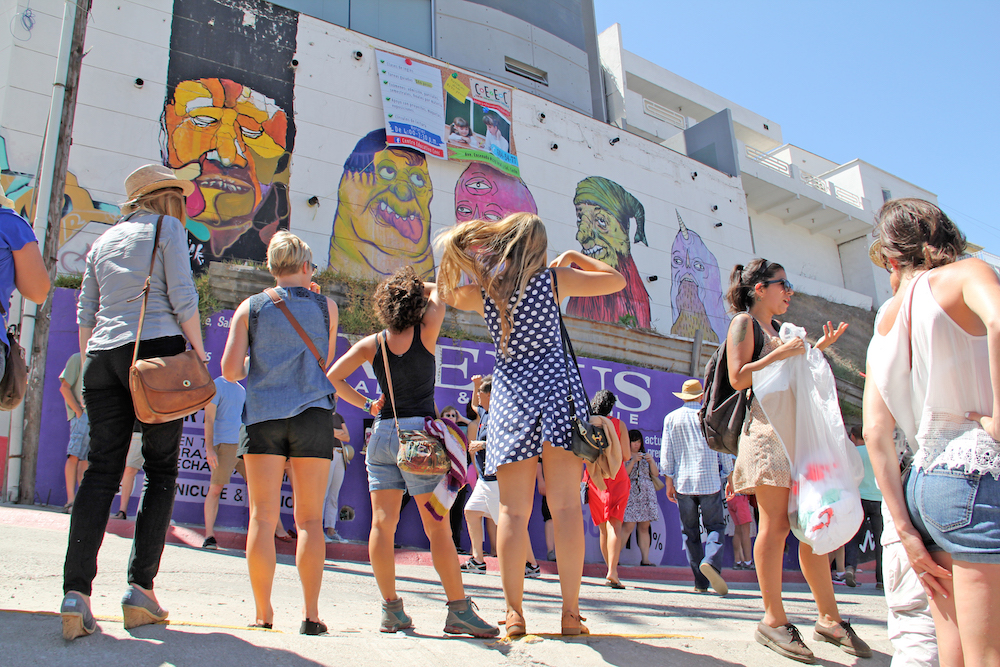 How does a Turista Libre tour help visitors move past cliches about Tijuana?
A person who comes to a Turista Libre tour has probably already come to this realization on his or her own, but may not feel completely comfortable to galavant around the city alone just yet. That’s where we come in. From the moment they step onto the bus — an actual Tijuana public bus that we charter for our tours, which is actually a retired American school bus — they’re already miles beyond other traditional tour experiences, riding around not in a cushy coach bus but in the same mode of transportation that carts locals to work, school, church or the grocery store, graffitied seats, semishot shocks, timewarped Mexican pop soundtrack and all. 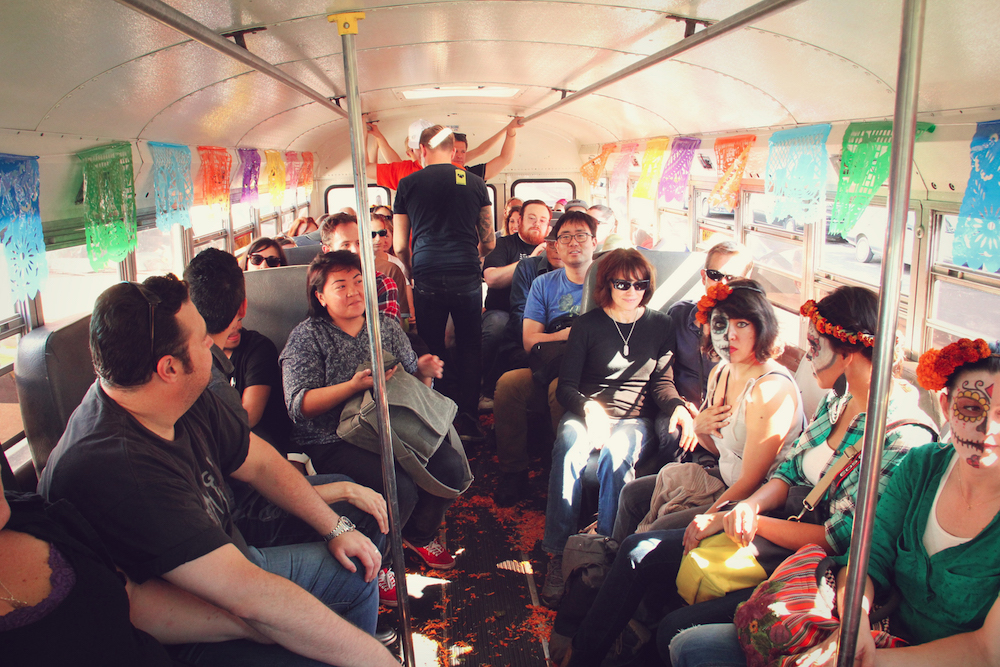 From museum expeditions to taco tours to wrestling matches, a Turista Libre tour passes on to visitors what Derrik has experienced since making Tijuana his home: it frees them from cultural inhibitions, giving them a colorful, multisensory immersion into this forever changing, consistently eccentric border town.

Where are some of your favorite “hidden gem” destinations in or near Tijuana?

One of my favorite spots in Tijuana (that isn’t hidden so much as it is overlooked) is where the border fence trails into the Pacific Ocean. To know that you’re standing not just in the absolute corner of Mexico but all of Latin America, gazing north at the skyline of one of the richest cities in the United States, barricaded from “the land of the free” while watching squirrels and rabbits unknowingly run back and forth between the First and developing worlds, you realize, Tijuana is not actually the dead end that so many see it as. Rather, in many ways, it’s the doorstep to the rest of the world.

As far as I’m concerned, the rest of Mexico in nearly all its entirety is one massive hidden gem.
Describe the signature sensory experience of Tijuana.
No one should visit Tijuana without…
Eating a Caesar salad at Restaurante Caesar’s (the place that gave birth to the salad back in the 1920s) or Chinese food (Baja California is home to Mexico’s highest per capita population of Chinese immigrants), drinking a Baja-made IPA (Insurgente’s Lupulosa and Agua Mala’s Astillero are my favorites) or wine (Mexico’s principal wine country, Valle de Guadalupe, awaits some 90 minutes south of the border), and watching the sun set simultaneously over two countries, be it atop Cerro Colorado (the city’s highest peak, measuring 1,800 feet), or the beach. 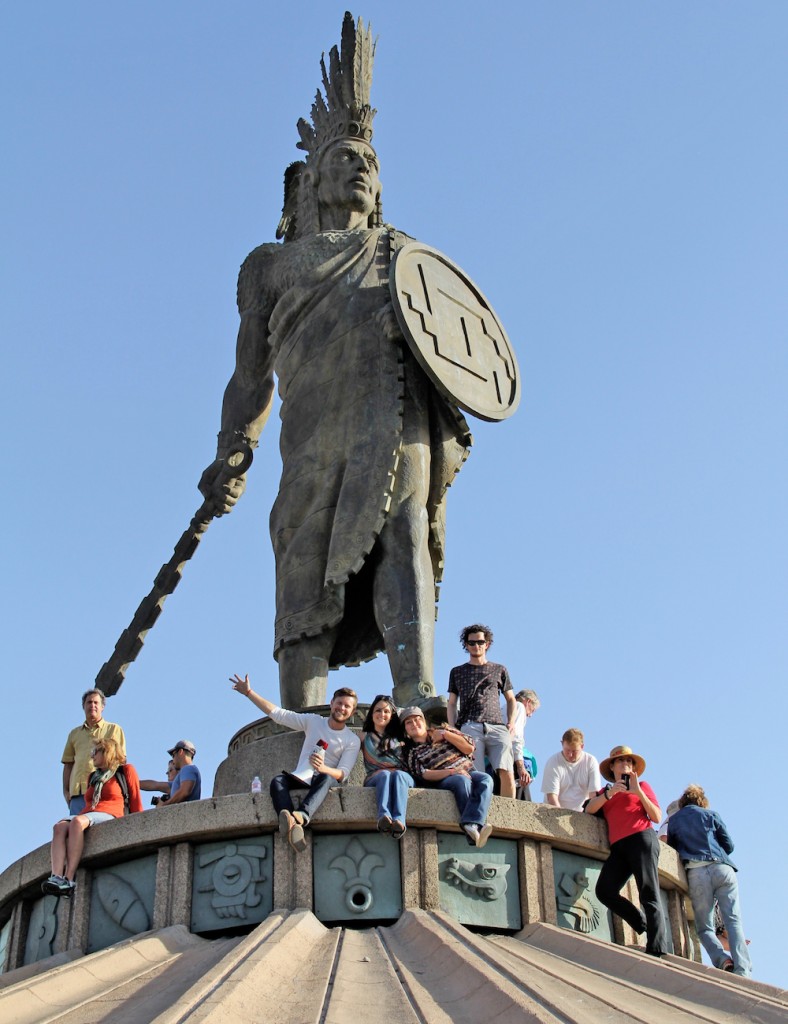 I think travel is meant to move us beyond the padded walls of our personal comfort zones, which means it’s just as much an internal experience as external. Some of us are naturally designed to move farther than others, but the point is not to compare ourselves in linear distance but rather come as close as possible to a more genuine, conscious version of ourselves as members of humanity, regardless of the physical mileage we go.

At Project Bly, we believe that a city is a living, breathing organism, and to get to know it you have to wander its streets.

That perennial question: What is the difference between art and craft? Is a rug art or is it craft? If a vase is art,…