With immigration documents, coffee stir sticks, and one workhorse plastic calculator, artist Veronica Corzo-Duchardt forges a connection across six decades and three continents with her grandfather’s immigrant past through the Neche Collection.

Just before completing her MFA at the Art Institute of Chicago, Veronica Corzo-Duchardt returned to New York City for a funeral.

Her grandfather, Neche Eugenio Hadad, was known to others as a meticulous accountant and a devoted grandfather who walked his grandchildren from school to his apartment each day. While waiting for their parents to return from work, he regaled Veronica and her brother with stories of their family’s past generations in Cuba and Lebanon.

But as she grew older, Veronica began to see him as the custodian of the family history, who brought his professional exactitude to the preservation of their heritage. 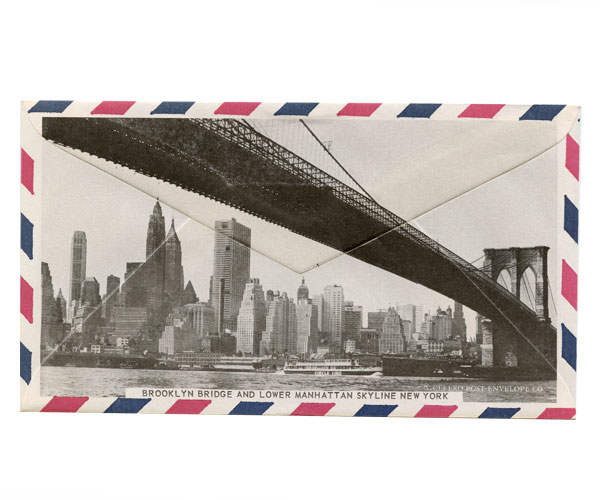 Veronica’s artistic vision has always been rooted in memory and heritage, especially as it shows up in material culture. Her body of creative work explores the significance of commonplace objects and overlooked surface histories; she’s known for using the ephemera of her own everyday life (coffee grounds, sugar, paper scraps) to create textures for her screen prints.

She had long recognized that she was the natural heir to Neche’s role as family archivist. But while looking through Neche’s belongings for birth certificates, immigration documents and photo albums–the important things that that she could take home for preservation–she discovered a treasure trove of ephemera that told her family’s story in a way that words couldn’t convey.

What she found became the Neche Collection, a visual archive that tells this remarkable man’s story, one piece at a time, and elevates everyday objects with evocative meaning. 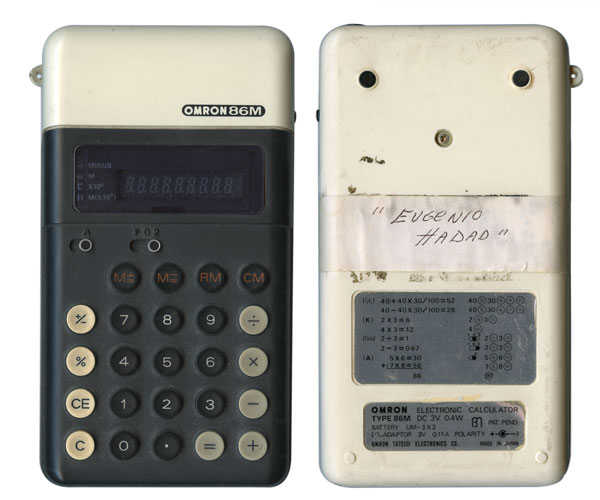 Do you think your grandfather identified more as Cuban or as Lebanese?
“He got his citizenship; he definitely felt like he was American. But I would say that Cuban was dominant. His parents moved to Cuba in 1922 and he was born in 1926; he’d never been to Lebanon. And he never really talked about why his parents came, or anything like that. It influenced him in some of the language and some of the food; my grandmother cooked Lebanese stuff that his mom taught my grandmother to make. But they lived in the midst of lots of other Lebanese people living in Cuba, who had moved for political reasons or just exploring the world in a way we don’t do now.”

“My grandfather and I were very close. In a lot of Latino cultures, you sort of grow up with your grandparents always over. He was the one who remembered all the stories from Cuba. He was the archivist of the family. I didn’t realize how much stuff he had, at the time, until I started working with him, recording my grandparents through audio interviews to document some of their story. I’d heard about the fact that he’d shipped a lot of documents and photographs over, which is something a lot of Cuban families did because you couldn’t bring everything with you.
“I think he liked the fact that I was interested in hearing all the stories. But while he was alive, he was very protective and possessive of his things. He didn’t want to share them with anyone.” 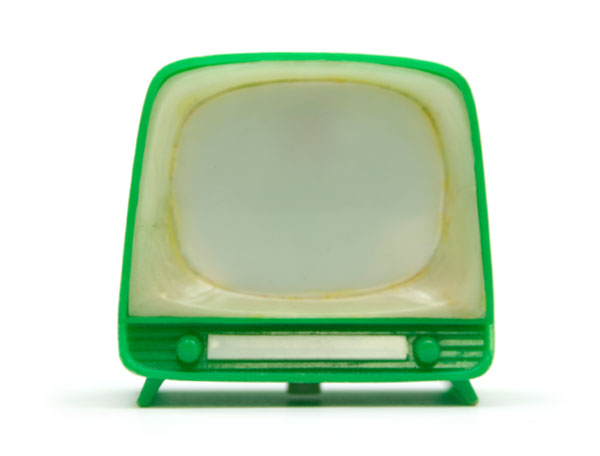 What are some of your favorite things from the collection?
“The Lotto numbers, just because it’s such a strange item. Was he trying to crack the Lotto code? There are items that I use every day–his orange calculator and his stapler is on my desk. I kind of like the ones that seem a little bit obscure—his Spanish-English cheat sheet has really funny translations on it. I love his typewriter, another thing that I use every day.” 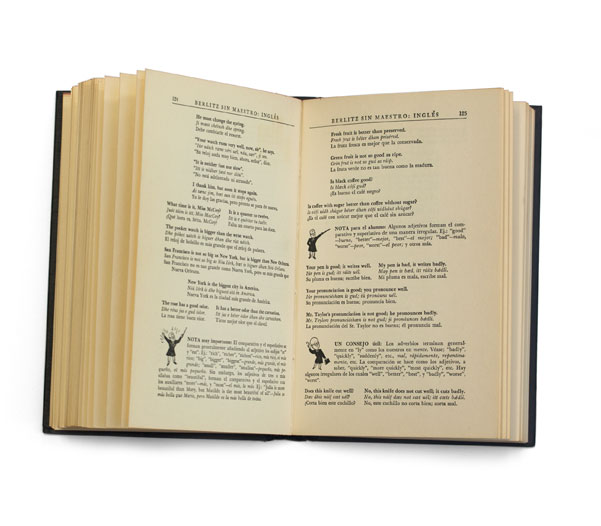 Some of the things make sense to save for several decades, but others seem less so. Why do you think your grandfather saved them? What meaning did they hold for him?
“That’s what’s weird. There were these really mundane items he had. He wasn’t a hoarder; it wasn’t like he kept all of his McDonalds coffee stirrers. He just kept a couple, and they were all neatly organized; you’d never know he had all this stuff.
“I loved that there wasn’t a space for important stuff and a space for stupid stuff; they all lived together. Documents from Cuba that were really vital were right next to these stir sticks. There was a lot of stuff uncovered that made me go like ‘Why does he have so many vintage staplers? What the hell is this calculator cup? Why is there a chopstick with his name and my brother’s name on it? Did they go and get Chinese food? Did he just find it?’ And my brother didn’t remember; he was too young.
“You don’t even think to mention these things that you hold onto, sometimes. It’s interesting because I feel like our relationship went to another level after his death, which is a strange experience. It was kind of a collaborative project of me digging through this things, and holding onto the things I care about. 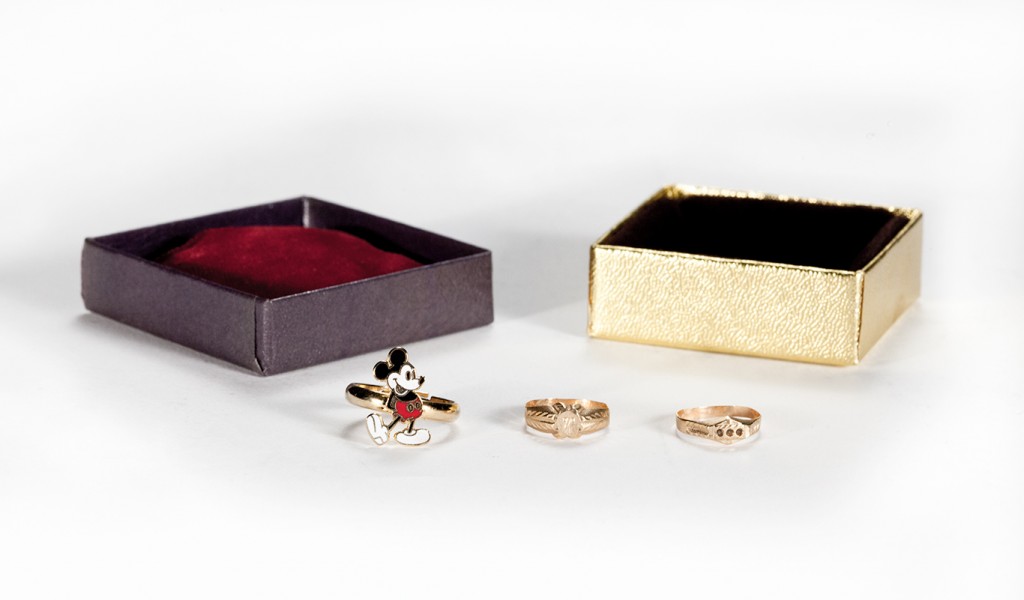 I feel there was always an understanding between us that he knew I would take care of them in this way.

How did the process of making art from these objects unfold?
“I had them for two years—some were in boxes, some were on my desk because I was using them. I didn’t know what to do with them. I thought I would document them and put them online and maybe some people will be interested in them.
“I didn’t want it to be just showing my grandfather’s objects; I wanted to use it as a way to engage with these objects in a new way, to create something new. I thought “I’m going to make a screen printing project from one of these objects every week.” By Wednesday, I’d kind of know what I was going to do.
“Some weeks were more thoughtful, some were more random on busier weeks. I was on the daily grabbing stuff and photographing it, so there was a lot of randomness that came into play as to what appeared when.” 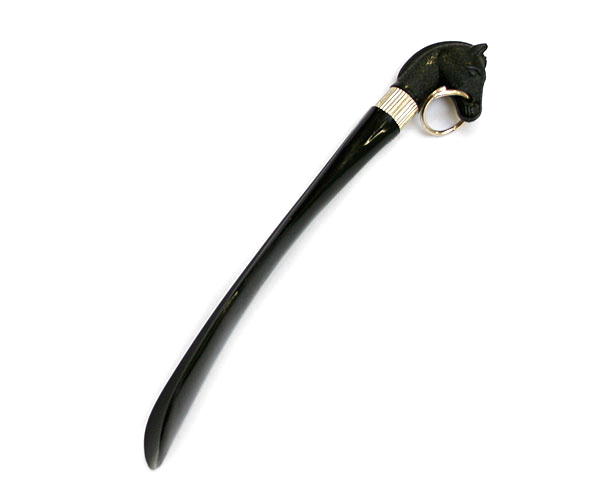 For 29 weeks, the Neche Collection ran live, gathering a cult of devoted followers both in the design world and outside it. Veronica received emails and comments from people around the country who felt their own histories reflected in the objects–histories that couldn’t have been more different from Neche’s.
“I wasn’t really sure how people would react—it’s a really personal project about my grandpa that nobody else knew. But so many people have reached out to me, and really opened up about their own stories. ‘Oh my god! I have that Speak-and-Spell.’ I’ve even had an artist from Iran talking about how some of the items to him spoke of diaspora—the Viewmaster was very significant to him because He realized that was how he as a child encountered American culture, being able to view these cities. That was not at all the relationship I had with the Viewfinder! I think of it as a kitschy, fun object I remember from being younger. It’s really cool that they are able to see their own story in this project.” 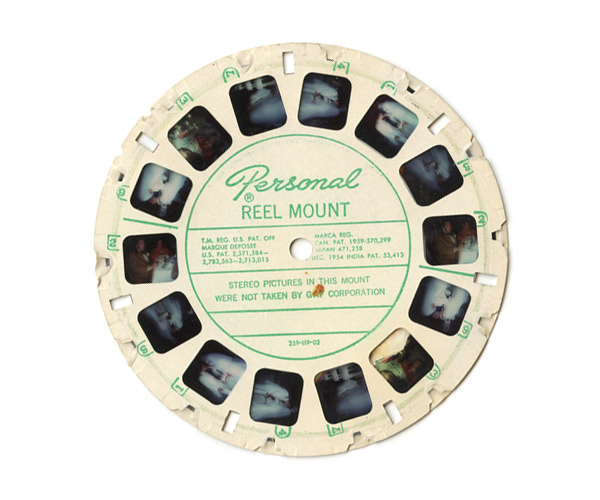 After completing the online series, Veronica began to show the Neche Collection as an artwork in itself. The first show exhibited the prints, photographs and actual objects in chronological order of their appearance online, but in subsequent shows, Veronica experimented with different curation styles. Each different grouping, she says, changes the story a little bit, causing people to connect to it in a different way. 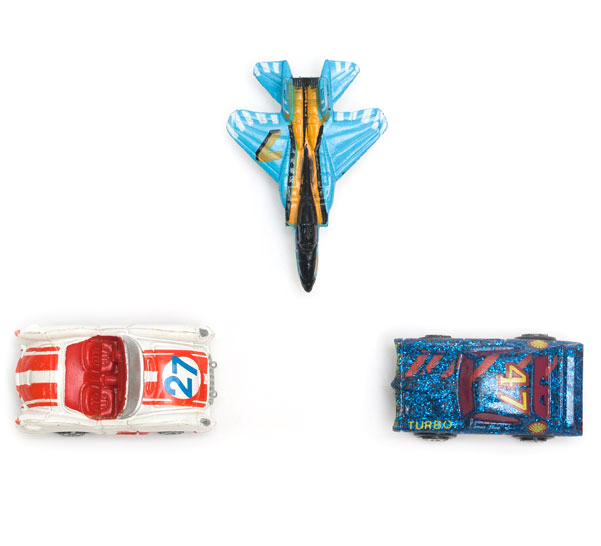 As I was posting these things, it was a sense of discovery for myself.

What do you feel like you’ve learned about him since he’s passed away?
“I think that in his head, he was preserving this history for us. He would take my toys! I kind of knew he had liked hoarding my toys…I wasn’t allowed to fully investigate that without him saying ‘Get out of my stuff!’ But I think he did it just to sort of hold onto those things.
“Honestly, I think the biggest thing I learned is that I do the same thing: hold onto these little things to make sure that they’re preserved in a proper way. I save all of my identification cards, too, and have for a really long time. I’m a lot like him–I feel the same sense of protection with these stories. ‘No, no, I’m taking the family albums. I will put them in archival storage.’
“I don’t think I figured out until after that the care with which he kept these things, kept all of his lives together—his life in Cuba, his life in the states. I would love to peek into his head and figure out the logic of that, but I don’t know if he’d even be able to articulate it if I could ask him.” 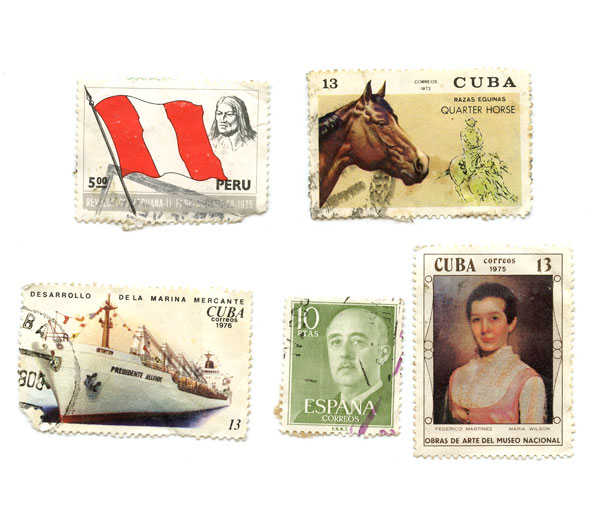 You’ve been working with these objects for several years now. How has your relationship with them changed over time?
“I think it’s affected my work a lot. What the project did for me, was it kind of bridged two worlds—myself as a graphic designer, and myself as an artist. I’d been doing really personal work during my MFA, and then transitioned into working as a designer. This project helped me bring in my minimal, modern design sensibility to something that was deeply personal. It let me make work about Cuba in a way that was relatable beyond my own family. The Neche Collection showed me that I could make work that was both personal and relatable, historical and contemporary. It did a lot for me. Now I’m trying to continue to make work that way.”
Veronica is currently working on a new project based on the surface histories of walls in cities around the globe. Learn more at her website.
Learn more about the Neche Collection here.

At Project Bly, we believe that a city is a living, breathing organism, and to get to know it you have to wander its streets, the veins that fork and converge and inevitably lead you to its heart—the marketplace.

It always starts with a memory. Hajime Kimura was sixteen when he saw his first horse race.