A perennial textile enthusiast with a matching passion for global social justice, Caitlin Ahern hatched the idea for The Thread Caravan after a discussion with a friend about the collapse of Native American industry in Alaska. It struck her as odd, she says, that Americans have for centuries pressured native populations to assimilate to their ways, meanwhile digging through those same cultures for artistic inspiration. 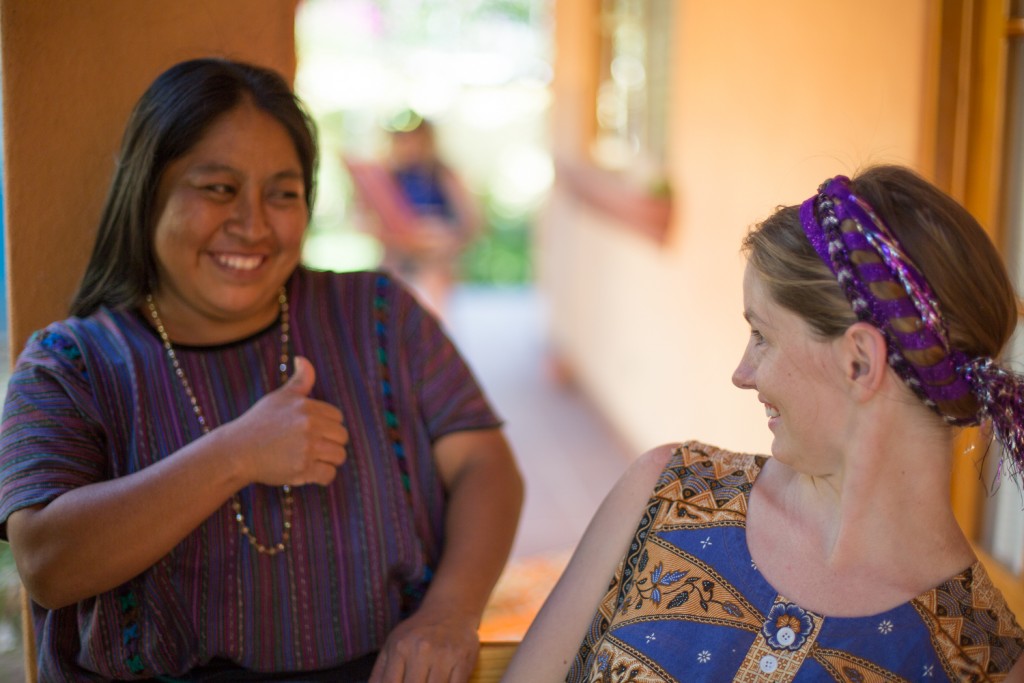 “Craft tourism seems like an ideal way to support their needs while also helping to preserve their customs and educating other Americans about their culture.”

A mere year’s worth of planning and fundraising later, Caitlin was leading her first weaving workshop on a one-week sojourn in Guatemala. A Thread Caravan voyage takes small groups of intrepid travelers past the usual tourist destinations into the heart of a region’s culture. The portal into this deeper experience is indigenous craft—textiles, food, music, construction—that has been practiced there for generations. 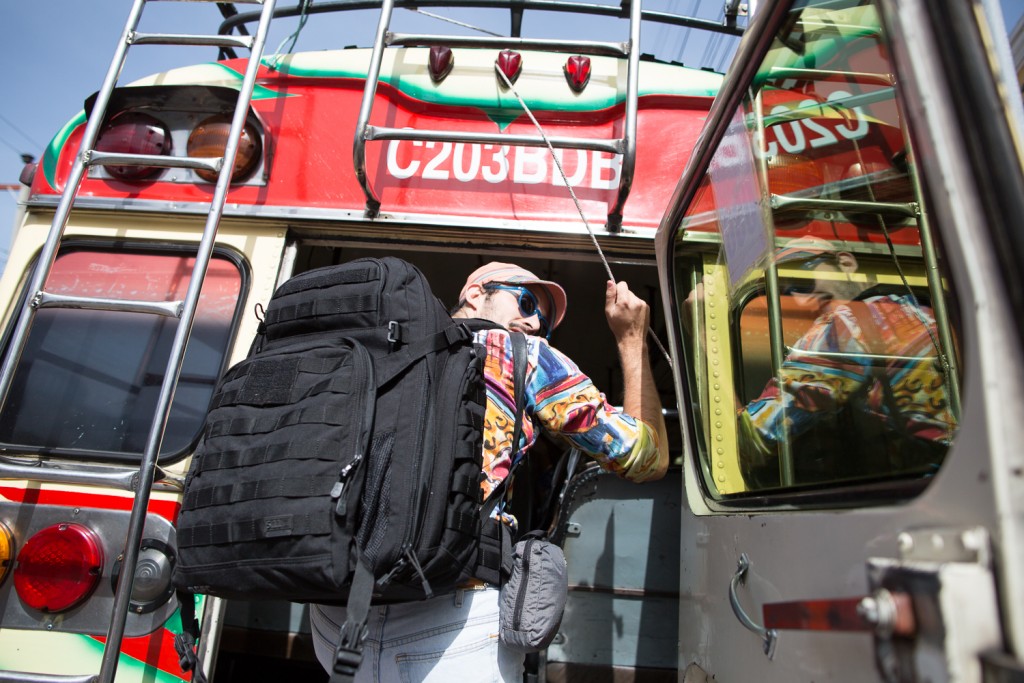 Participants sit at the feet of indigenous artisans, who guide them in reproducing these textiles for themselves. In between sessions, they explore the landscape, enjoy the hospitality of local hosts, and peruse the markets to learn how today’s designers incorporate traditional crafts into modern creations. 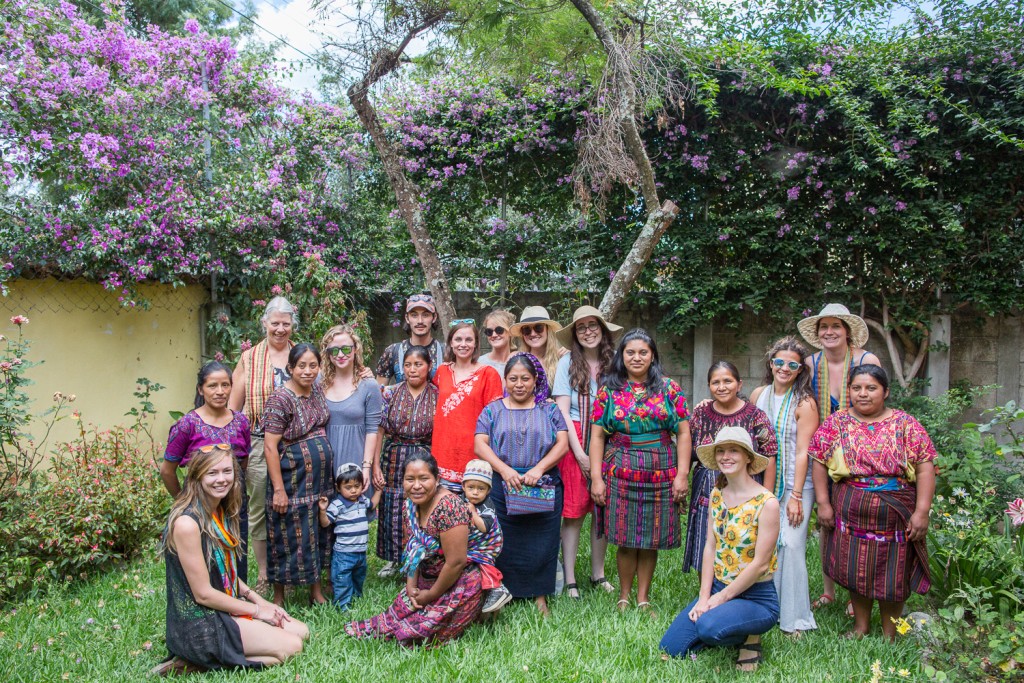 Each voyage is carefully curated by Caitlin herself, whose particular travel-lust mirrors that of many travelers—a desire to stay and connect by adopting the local rhythm of life.

“Starting this company seemed like a great way to support craftspeople, but through experiences rather than physical products…and who wouldn’t want to go travel somewhere, meet the locals and make art with them?” 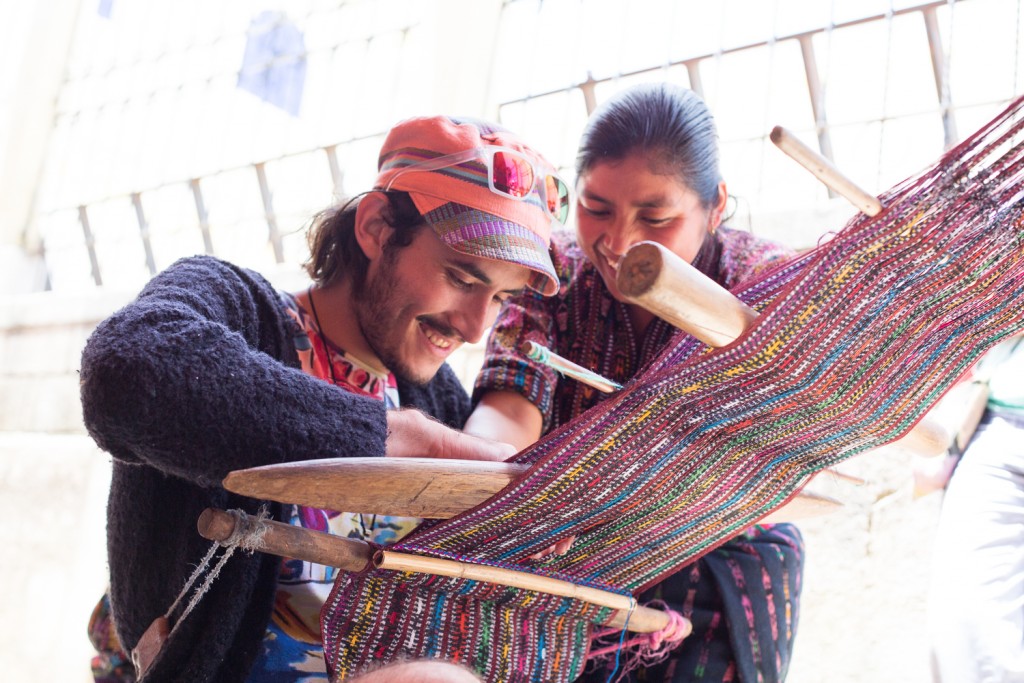 The lush landscape of jungles and volcanos, the rural villages roamed by chicken busses and tuk-tuks, and the artisanal practices engrained over centuries made Guatemala a natural choice for Thread Caravan’s inaugural workshop. 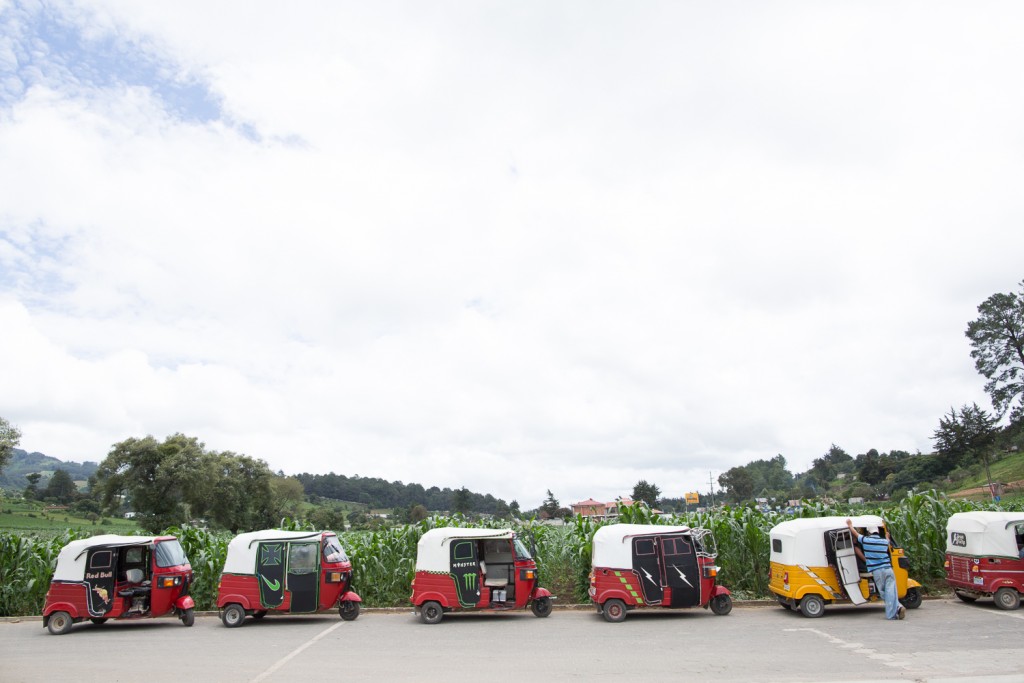 The trip begins with a visit to the village of San Juan, where participants learn about local dyeing techniques. Next, they venture deep into the highlands over Lake Atitlan to learn about spinning thread. Finally, the group stay in the town of Panajachel, where they work on weaving their own designs. 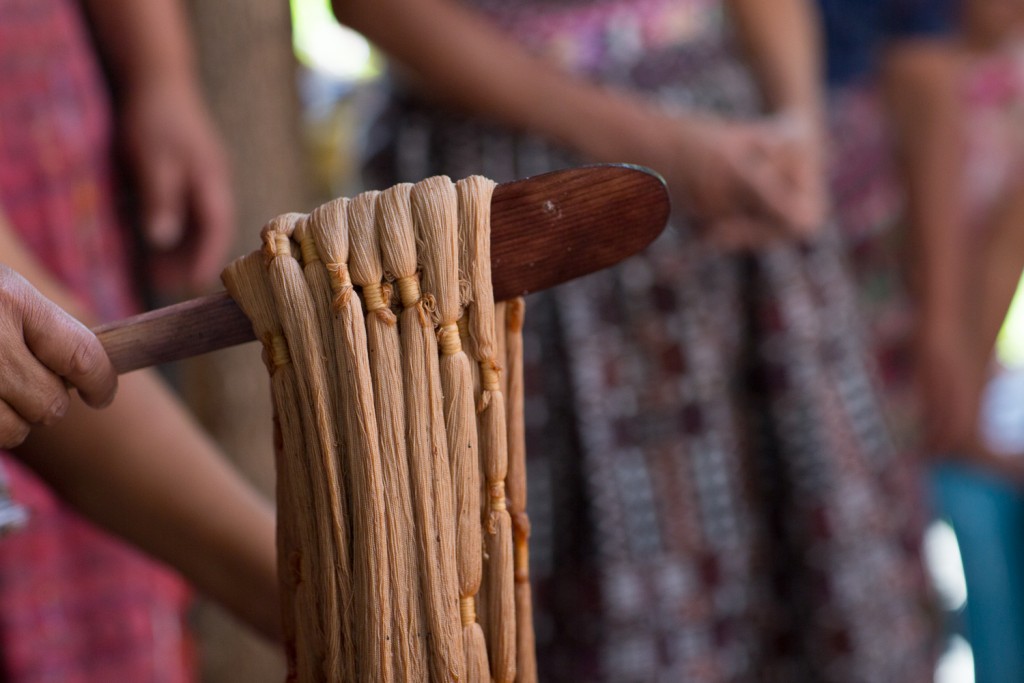 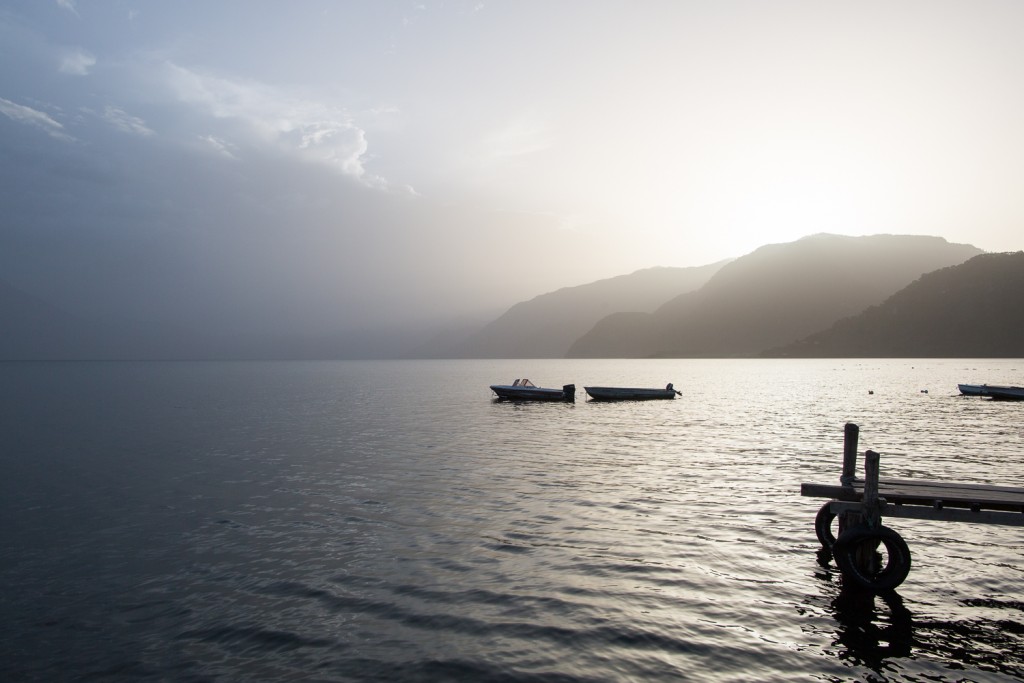 By and large, the workshops are led by women artisans who, in addition to teaching the textile techniques, offer stories of how their ancient crafts had helped them reconstruct life in the wake of tragedy.

“One artisan group we work with in a town called Chuacruz was greatly affected by the recent Civil War,” Caitlin says. “Many of the men were killed, leaving the women and children to fend for themselves. The women have since created an artisan cooperative, using art to support their families. The stories had both the artisans and our participants shedding tears of sadness and hope. Connections like this make me feel like we are on the right path, and achieving our goals of facilitating deeper connections.

“Some Guatemalans compare the backstrap loom to an umbilical cord, saying the creative process is like birth in which something new enters the world. Despite the machismo culture here, the women here are very powerful and strong. They are determined to support their families and communities.”

A lifelong artist, Caitlin knew that creating art alongside natives would be a powerful portal into their world. But by becoming a student of a local art form, a Thread Caravan traveler gains insight into more than simply a region of the globe.

This, says Caitlin, is how Thread Caravan cultivates one of the most important by-products of travel:

“It challenges you to think differently about things that are engrained in your social upbringing. I think it’s important for everyone to step out of their bubble so we can learn how to be empathetic towards people from different circumstances, and for us to address some of the global problems going on.”

Take, for example, the power imbalance that accompanies much global tourism. Caitlin reports with satisfaction that after a few days of learning from indigenous artisans, Thread Caravan participants abandon the tired touristy custom of bargaining down the price of a handmade souvenir. It’s hard to quibble over a few American dollars once you know the process that goes into creating these items.

By joining Thread Caravan in upcoming trips to Oaxaca, Alaska or Polynesia, travelers will learn much more than how brew mezcal, carve totem poles, or build dugout canoes. 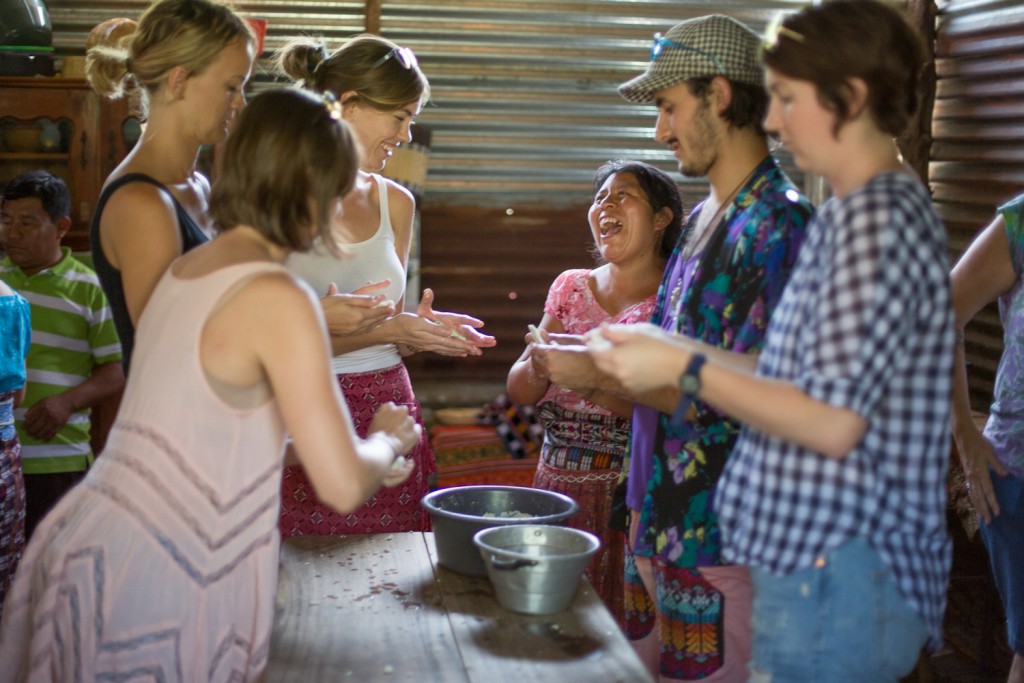 “Art that serves more of a purpose than just creating it. With Thread Caravan we are helping provide artisans with a livelihood, helping to preserve their artistic traditions, and connecting people from different cultures around the world for them to learn from one another.”

Learn more about The Thread Caravan’s upcoming trips over here including a trip to Oaxaca, Mexico this November!

At Project Bly, we believe that a city is a living, breathing organism, and to get to know it you have to wander its streets, the veins that fork and converge and inevitably lead you to its heart—the marketplace.

Kente is a traditional fabric from Ghana made of interwoven strips of silk or cotton. Not only do the colors have meaning, but each…