Situated at the southern end of the Malay Peninsula, Malacca sits alongside the strait that shares its name—a narrow stretch of water connecting the Indian and Pacific Oceans that has long been one of the most important shipping lanes in the world. Its history of trade, and the travelers that passed through and made this town home, has made it one of the most ethnically and religiously diverse cities in Southeast Asia.

This religious diversity is on display on Jalan Tokong Emas Street, unofficially known as ‘Harmony Street.” There, clustered along the same short stretch of road, sit houses of worship from all of Malacca’s major religions, including Sri Poyyatha Vinayagar Moorthi, the oldest Hindu Temple in the city, the Chinese Cheng Hoon Teng or “Green Cloud” Temple, the Kampung Kling Mosque, and even a Methodist Church.

But what about today? Are these relics of the past we wondered as we wandered down Harmony Street located in Malacca’s most touristed neighborhood. This is a country where Lina Joy, the woman for fought and lost to convert from Islam to Christianity, is a household name, and religious freedom although enshrined in Malaysia’s Constitution has come under attack by both the government and the courts.

As we explored Malacca, we found that there are neighborhoods in Malacca where the fabric of tolerance and acceptance seems undisturbed by current perturbing political events. One such neighborhood is Tranquerah also known as Tengkera, about 2 kms west of the Malacca River. Home to some of the oldest families, it has seen many changes over the last century, but one thing has stayed the same– a strong sense of community among its diverse inhabitants.

Collin, a 61 year old teacher whose mother was Portuguese Malay and whose father was of Chinese decent grew up in this neighborhood as did his parents.  When he was a child, the ocean was just a stones-throw away. Today, acres of land have been reclaimed, and the sea is too far to go swimming after an afternoon of racing down these streets with neighborhood kids. Kids however still play here, neighbors greet each other by first name, and Muslims, Christians, Buddhists and Hindus live side-by-side.

During an afternoon walk through these quiet street, we came across a madrassah nestled between the cozy abode of a Kristang family (Malays of Portuguese descent), and the stately residence of a Peranakan family (Malays of Chinese descent). A Catholic Cross hung on the door of the Kristang home, while the Peranakans had placed a Buddhist shrine outside the entryway. 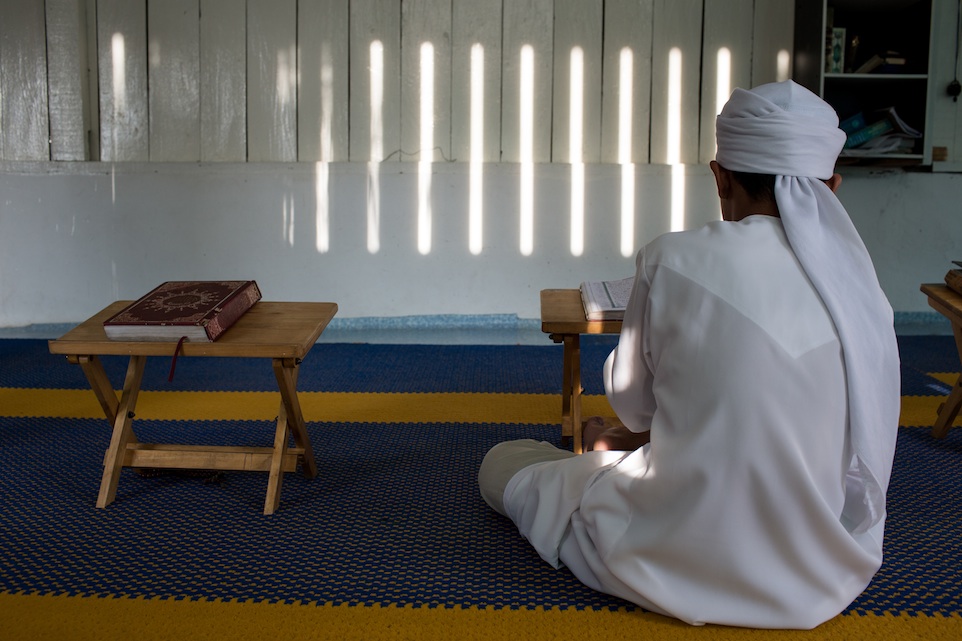 A Madrassah in the peaceful neighborhood of Tranquerah. Photography by David Hagerman for Project Bly 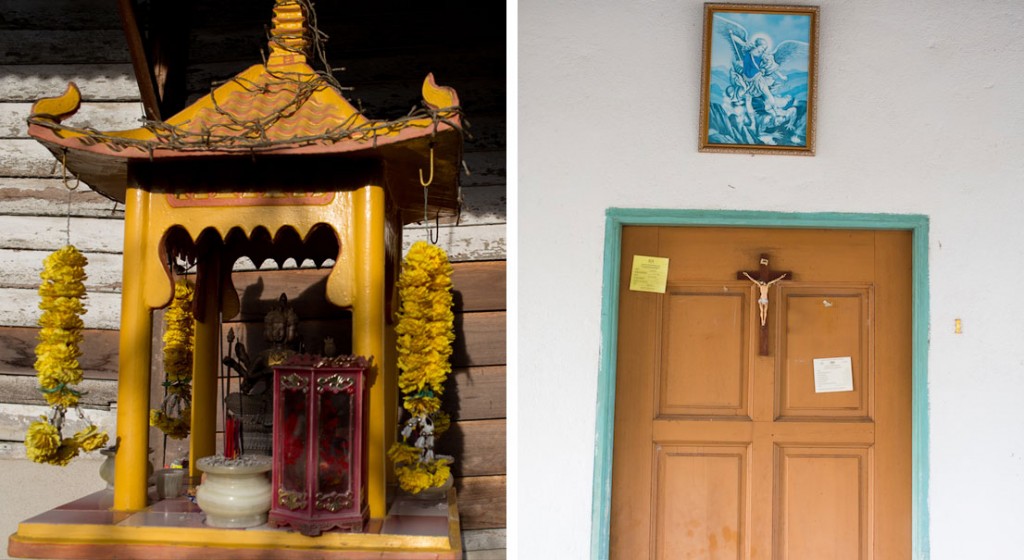 At Project Bly, we believe that to know a city you must wander its streets.  To explore more of Malacca, Malaysia, head on over here.